“...blues-rock with a little bit of country swagger…”

Jamie Porter Band are a rock n roll band from North Wales are Jamie Porter (Guitar/Vocals) and Danny Porter (Bass/Keys/Vocals). With a musical family and experience of playing in many local bands over the years, the JPB began as a song writing project for Jamie's music.  While loving the creating of music, Jamie feels mostly at home putting across the music through live performance completing the creative cycle of music making, which led to the beginning of  JPB.

The band have a growing live reputation  with the performances giving  the listener big riffs, infectious hooks and catchy choruses with big harmonies as well as plenty of opportunity for audience participation combined with an enthusiastic approach to the performance with great feedback and reviews from recent live shows.

Described as '...feel good anthemic blues/country rock...' in an album review in Power Play Rock & Metal Magazine (Issue 207 April 2018), influences are many taken from a variety of blues/ country/ classic rock/ metal, and even a bit of soul; in fact...

'anything that has a good groove or melody...and is simple and fun to play....four chords and a prayer...and a melody to catch you and  lift you ...well that's what I'm aiming for anyway!'

Music has been played on independent and local rock radio/radio shows across the UK and beyond over the past few years, with DJ’s and stations such as ARFM, Rock Radio UK, Tameside Radio, HRH Radio, Metal Mayhem, Midlands Metal Heads, Total Rock, Mon FM, Wyatt's New Rock Show on Planet Rock as well as many others. Songs are regularly in rotation on Las Vegas based Big Time Radio and have been used on TV shows on the UK’s Channel 4.

The band has played numerous local venues and events and has notably supported US Southern Rockers Hog Jaw at the Live Rooms in Chester in 2018 and more recently opened for Focus the band at The Tivoli Venue in Buckley North Wales during their UK tour in September 2019. They have done select live streams and videos during the pandemic period, including an acoustic set for the Breaking Bands Festival.

During 2020/2021, JPB have released a number of digital singles that have been well received by rock radio. The new album MMXXI was released on October 8th 2021 from the bands’ website. and the band are looking forward to taking the music out live to new audiences. Recently the band have performed support slots with Matt Long & The Reverend Ones, The Outlaw Orchestra and The Sons Of Liberty in 2021.  2022 has seen Rockmantic X Festival in Carlisle, support for Romeo's Daughter at the Motorsport Lounge, Llangollen Red Dragon Music Festival and opening the Sapphire Stage on Saturday 18th June at the Cambridge Rock Festival.  Most recently Jamie & Danny supported Blue Nation doing an acoustic set at the Motorsport Lounge in Llandudno on October 1st 2022.

Currently the band are rehearsing with new band members to incorporate a second guitar and keyboards into their live sound while throwing open the diary for 2023.

The band will appear at The Great British Rock & Blues Festival introducing stage at Butlins Skegness on 15th January 2023.

To book the band for your event/festival/support please get in touch! 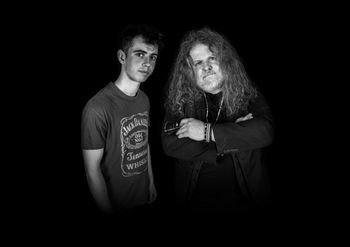 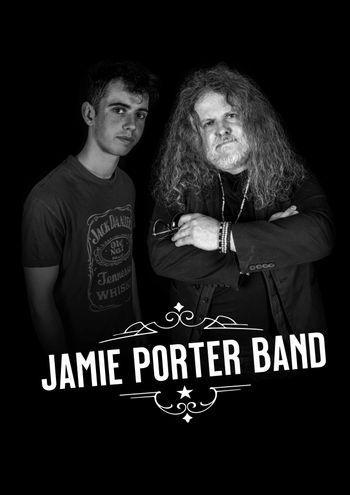 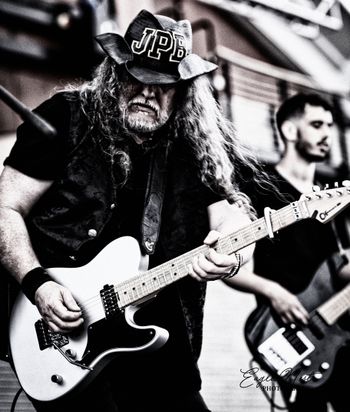 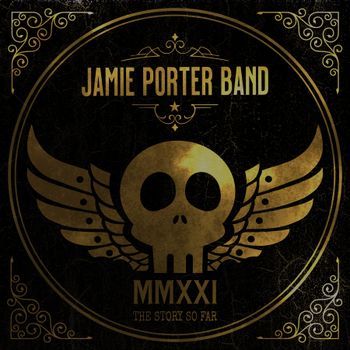 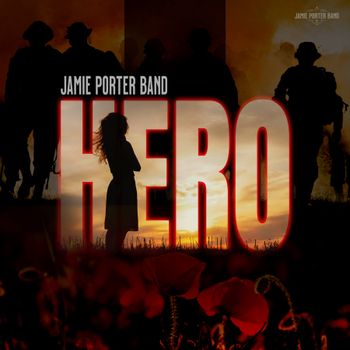 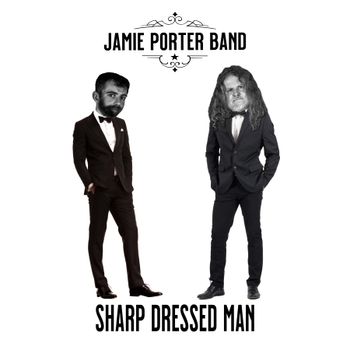 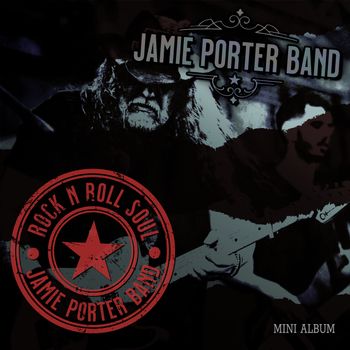 “If you like you rock with a more classic bluesy and southern feel then this new release 'MMXXI' will be right up your street. Full of riffs, gnarly vocals and a heavier sound, all point towards an excellent release, and TFM gives the new album from the Jamie Porter Band a well-deserved 9/10.”

“It's a hard rocking, bluesy and soulful piece of art that instantly gets you going. There's not a single bad moment from start to finish and the musicianship is rock solid. You can hear many different elements of southern rock like Lynyrd Skynyrd and Black Stone Cherry, bluesy influences such as Jack J Hutchinson and Kris Barras Band and also some heartfelt moments that one could only compare to Lenny Kravitz' sensitive pieces. All these influences and styles merge perfectly to give an excellent 40+ minutes of pure joy and enormous sound. The thunderous licks, velvet like vocals and mammoth rhythm section are absolutely golden and mind blowing. ”

“The album is full of nose bleed guitar riffs and thumping sing along tunes that could be from any Bon Jovi, Springsteen or Whitesnake albums… ”

“…packed full of heads down no nonsense Rock…Heavy Rock has never sounded so good.”

— WHERE THE MUSIC DOES THE TALKING

“This was awesome. Ten amazing rock tracks that hooked me into the band immediately and left me wanting more. Their fantastic blend of hard rock, glam, blues, and AOR made for one hell of an interesting, entertaining sound. ”

“I love this album, it’s got the feel good dial turned up to 11….Music like this needs to be heard by many more people. ”

“It is uplifting, bags of positivity, but not vacuous or shallow, it is good rock music, played incredibly well, and that lifts the soul...the music is damn fine! 5/5”

“…this band is no one-trick-pony, they’re more than happy to mix up styles and tempo’s, when they groove, you can’t help but feel yourself going with them … listen to ‘The Last Train’ if you want proof, it’s glorious stuff. I genuinely believe the Jamie Porter Band has a bright future ahead of them if ‘MMXXI’ is anything to go by, my only regret is not discovering them sooner…”

“…full of chunky, room shaking riffs, harmonies and captivating vocals. The superb production brings everything together to give the listener some truly memorable rock n’ roll.”

“…Just straight up great music, well put together and full of cracking guitar riffs and mighty fine vocals to boot…. ”

“Chunky guitar riffs, liquid solos (pleasingly, it has to be said, of a brevity of length that fits perfectly with the songs), hooky, sing-a-long choruses and a vibe and sound aimed squarely at reaching the back row of a stadium are the order of the day in this hugely enjoyable release....Ably backed by son Danny on bass, keyboards and backing vocals, Jamie Porter is a talented guitarist who knows how to pen engaging classic rock tunes and 'MMXXI - The Story So Far' shows this to fine effect...'The Story So Far' is one story well-worth telling.”

— Ballroom Blitz's Man At The Back

“Jamie Porter Band bring it on with good ol’ fashioned honest heavy rock...their riffs chasing off the darkest of valley shadows...guitar menacingly growls in a bluesy sort of Motorhead kind of way as ‘I Can’t Stop Loving You’ kicks off...the crowd are right into it and the instantly accessible chorus is sung right back...hard rock steel of fine quality. The unpretentious and industrious ‘Touch The Sky’ wraps up an engaging set that has bore witness to 40 minutes passing in the very blink of an eye. It’s eight tracks have been warmly and loudly received by the hugely appreciative gathering of rabble-rousers...” - Gary Spiller 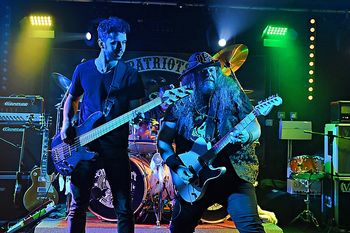 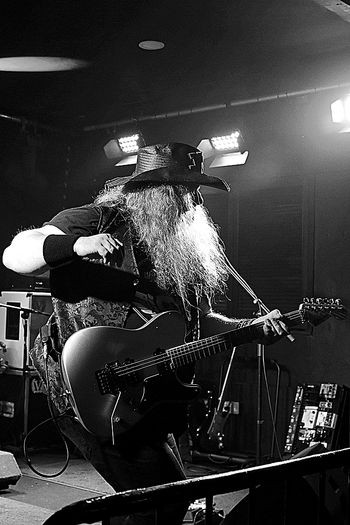 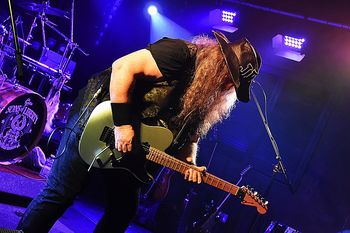 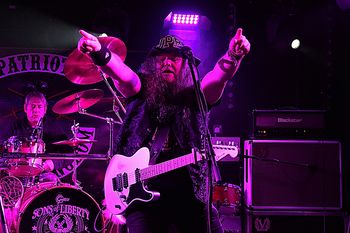 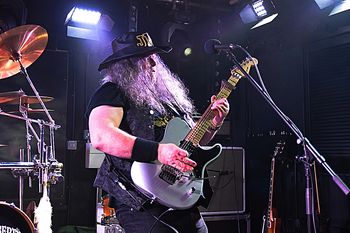